The Dust of Haiti 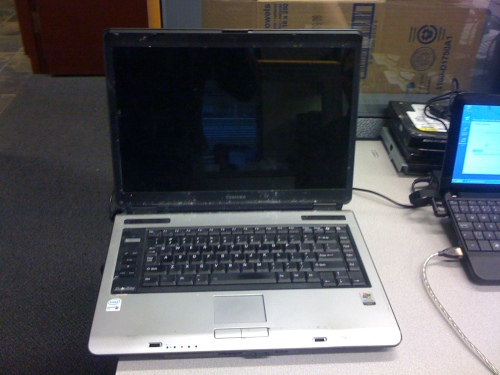 Yesterday I was asking Jim Brasset, our IT Manager, a few questions about monitors when I noticed the laptop open on his desk.

“It was in Haiti. I’m doing data recovery on it,” he replied.

The laptop belonged to his cousin, a nurse working in Port-au-Prince. She was evacuated on a C-130 to Montreal, and the laptop came with her as she found her way back to Vancouver. Now, only a week after the earthquake, it connects Jim to a terrible human drama.

I ran my finger across the keyboard, picking up the powdery residue of concrete smashed to ruin.

“The dust of Haiti.”

Despite all of the advances we have made in communication, there is a poignancy to physical objects that technology will never capture. Find a charity you respect, and give to help the people of Haiti.

This entry was posted in Personal. Bookmark the permalink.